CAMERON HILL and Thomas Sargent have completed a Bathurst comeback for the ages, winning a thrilling Hi-Tec Oils Bathurst 6 Hour from 63rd on the grid in their BMW M2 Competition.

In another remarkable Bathurst shootout, Hill hunted down and passed Supercars star Tim Slade in the race’s closing stages having started from the back of the field thanks to being excluded from qualifying on Saturday.

The team raced their way into the top five well before their first of six pit stops and then led a chunk of the running throughout the race – one that would ultimately run 130 laps, the second most of all time.

Late race strategy handed the lead to the #8 Car Mods Australia BMW driven by Slade and Bradley Carr heading into the race’s final 45 minutes, with the pair 50-seconds ahead of the Hill / Sargent BMW.

However, a late Safety Car and a call to put two new right-side MRF Tyres on the chasing car Hill / Sargent car proved the difference.

Rattling off a series of new 6-hour lap records, Hill Scythed Slade’s 10-second lead following the Safety Car to zero following the restart before the pair engaged in a Bathurst battle for the ages.

Despite the chasing car enjoying a tyre advantage, Slade defended valiantly for several laps as the race closed to the final 20 minutes.

It took a massive move at Brock’s Skyline for Hill to eventually pass Slade, the pair coming off the hill side-by-side before the former finally wrestled the lead away from the latter.

The race finished in that order: Hill powering home to claim a remarkable victory from 61st on the grid in a race anchored by Sargent’s remarkable drive through the field in the opening stages.

It is thought to be the furthest back any Bathurst endurance race winner has started to claim one of the Bathurst majors in the circuit’s 84-year history.

Despite losing the lead within the final half hour of the race, Slade and Carr finished second to complete an impressive comeback performance after being denied a victory twelve months ago.

Percat powered the car home, surviving several close calls in his closing stints to grab the final step on the podium and complete a second BMW 1-2-3 sweep of the trophies.

There was late heartbreak for the Drew, Aaren and Wayne Russ. ell BMW, who were within sight of a top three finish before their car ran out of fuel prior to their final stop – coasting into the lane and dropping a lap to ultimately finish fifth.

The Steven, Dalton and Tristan Ellery BMW ran strongly early before losing two laps and finishing sixth, while seventh went the way of the Ben and Michael Kavich Yellow / Race for a Cure BMW M2.

Class A1 went the way of Mercedes-AMG, a mighty performance from the RAM / GWR A45 AMG putting Mike Sheargold, Dylan O’Keeffe and Oliver Shannon fourth outright in the final results.

Tony Quinn and Local Legend Grant Denyer won Class A2 in their Ford Mustang, a consistent performance throughout the day seeing them finish eighth outright and deliver both a Bathurst winners trophy – and the first for Ford Mustang.

Matt Forbes-Wilson and Michael Mallard won Class B in their Holden Commodore SSV, while Class C went the way of the Grand Prix Mazda 3 MPS driven by Jake Camilleri and Scott Nicholas.

The Queensland pair finished an astounding 11th outright, only four laps behind the overall winners.

The Class D fight was competitive all day, four different cars leading early before Brett Parrish, Mitch Wooller and Jay Robotham pulled away to claim the win for Toyota – finishing 18th outright in the process.

Class E went the way of the Alex McMaster / Daniel Worrell Mazda, who finished 34th outright and won the class by five laps.

The 130 laps / 807km completed was the second most in race history, with the six Safety Car interruptions the second least in 6-hour records.

49 of the 63 starters finished the race, while Cameron Hill established a new 6-hour lap record with his 2m24.7842s flyer in his late-race pursuit of Slade.

18,422 people attended the event, a record attendance for the Bathurst 6 Hour event since its foundation in 2016.

“It was a pretty mega final stint,” Hill said.

“We took tyres because if the race stayed green, I don’t think we would have got them, so we took tyres banking on a safety car and the Bathurst gods delivered.

“I just hunted him down, I think we broke the lap record along the way. I was really struggling to find a way passed him, I could see he was struggling, but he put the car in the right places and I couldn’t do much.

“I realised he was always weak at McPhillamy Park and I just thought if I could get a run through here, and send it up there, it’s on. We did it, it stuck and the rest is history.

“About a month and a half ago we were honestly thinking ‘do we just give up now?’ It was just so far from being done – it didn’t even have a fuel tank – and the race was getting closer, but we said ‘no, we’ll crack on with it’. It turned its first laps last week.

“The team did an awesome job. Didn’t put a foot wrong. Pit stops were absolutely on point and Tommy drove some sensational stint, so it was an all round performance.

“It was pretty gut wrenching, especially for Tommy. That was a massive moment for him to out qualify all these Supercars drivers, but I was calm. I knew we had the car under us, I knew it was a long race

“We just played into it and I reckon by the second stint we were in the lead.

“I think we’ll have to come back next year and defend.”

“Trying to do a lap around Bathurst is always hard. You never quite get it right and it’s such a long track, it’s very hard to get. Looking back on that lap now, I could have done better here or there but all in all it was a pole lap.

“To then have it taken off us hurt for sure, but I definitely think it made the fire in the belly really strong for today. I think for us to drive through the way that we did really proved that our speed wasn’t just on that technical infringement.

“I was very fortunate that I was able to be heavily involved in the build. A lot of us put in constant 100-hour weeks to get this car here and at the time I was questioning whether it was worth it, but I can say right now that it was worth it.

“All those times getting home at 2am and living off pizza for a week made it a bit how you going, but it’s all worth it now.

“The amount of people behind the scenes that have gotten this car here blows my mind.

“I was definitely giving it my all on the first few laps to try and make up those positions – Obviously it was a bit easier because they were the lower class cars. It kind of helped set us up.

“I take my hat off to Cameron (Hill) to pass those guys at the front. They are pretty well credentialed people and he really showed them a thing or two today. 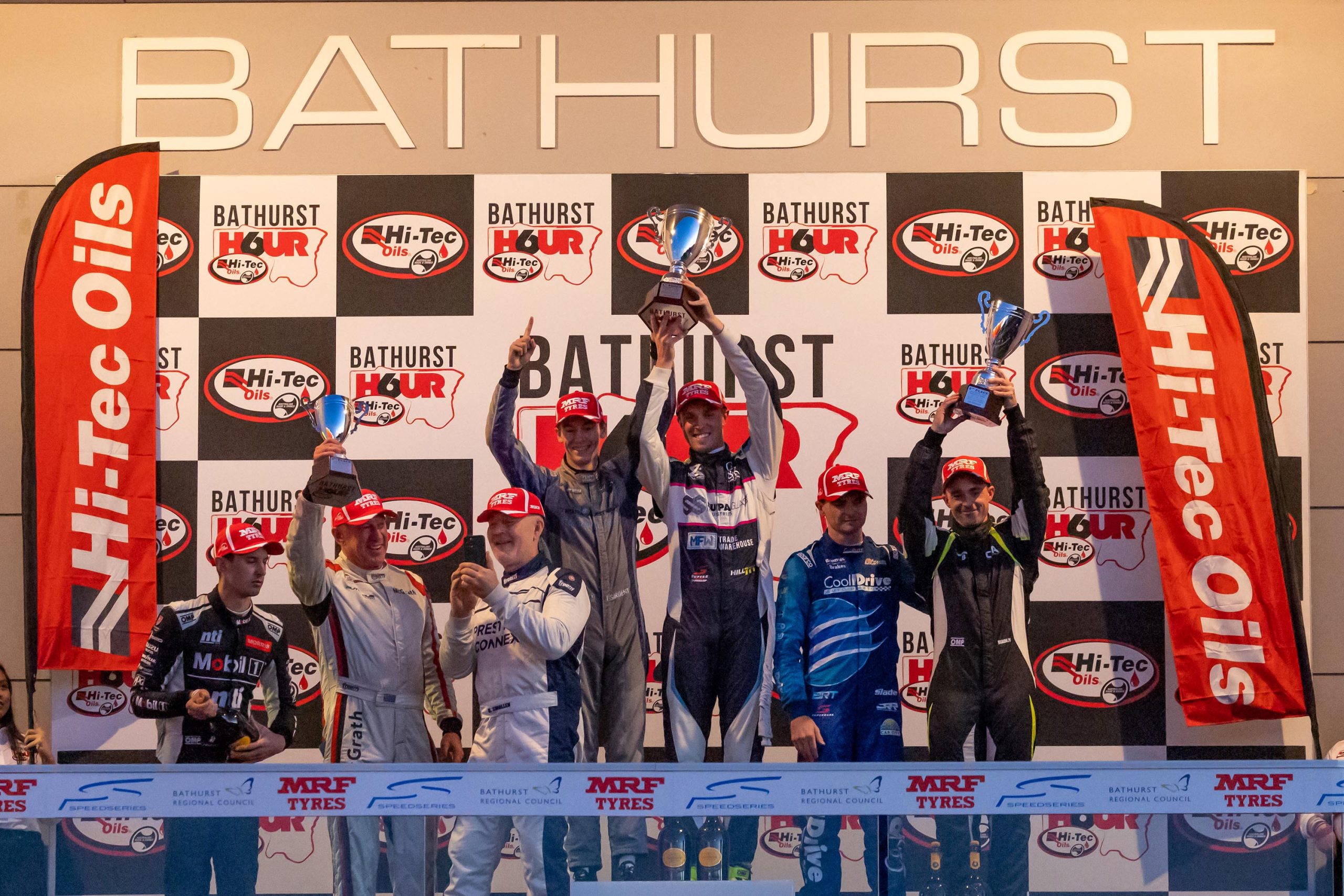